Everyone locks the door to their house to keep their loved ones safe and secure their possessions. Placing a lock on your house door gives you an illusion of security that you very much need. While the lock is on your door, you feel safe and secured. But have you ever thought about lock picking? This involves manipulating the lock’s components to unlock it without using the original key.

Since the advent of lock picking, lock security is no longer guaranteed. Many people find this interesting and therefore would like to venture into lock picking. However, because this is mostly related to burglary, most people shy away from the practice. In this article, we discuss some of the world’s unpickable locks.  We will focus on the historical unpickable locks and later the modern day locks that are considered unpickable.

Bramah was an English inventor and a locksmith who is also known for inventing the hydraulic press. Bramah attended some lectures and studied the technical aspects of locks and opened his own company called Bramah Lock Company.  After the lessons, he managed to patent the first safety lock in 1784. This was an unpickable lock of the 17th century and maintained for many years. After he made this lock, he offered a monetary reward to anyone who could pick the lock. For over six decades, many people tried until 1851 when an American locksmith won the prize.

Alfred Charles Hobbs was the inventor of the detector lock that is classified among the unpickable locks. This is a lock that frustrates unauthorized access. Therefore, whenever someone tries to unlock it, the lock will indicate the failed attempt. Hence, the owner will be able to notice there was an attempt to pick the lock. Basically, the lock will jam until a special regulator key is used or the original key is used to unlock it.

The Chubb detector lock was invented in the 18th century after the Government of Britain announced a competition for locks production. This lock was designed with a security feature which acted as the regulator. The story of the Chubb locks is widely mentioned in various stories relating to security. 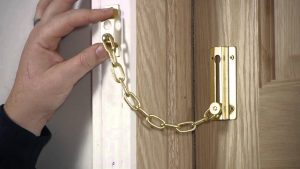 Just as the name suggests, this lock has a loose chain injected into the lock. The keyway has a curve which is designed in such a way that it makes lock picking difficult using standard locks. Therefore, you have to use the original key to be able to open a door locked using this unpickable lock. However, the lock is considered delicate because of the key design. Therefore, many homeowners consider it more of a collection lock rather than a daily use lock.

This is a smart lock that is safe from lock picking. The lock is opened using a semi-exclusive use of smartphone applications. The house owner can either choose to use a key or access the room using a smartphone application. The lock uses a technology that makes it a safer choice for homeowners. This is because pickers cannot unlock the house once you make use of this smart lock.

Basically, there is considered to be no unpickable lock that exists. However, based on the practicality of picking the above locks, they are considered unpickable locks. Therefore, if you’re looking for high security locks for your business, don’t hesitate to call Locksmith Las Vegas for a free security estimate today.